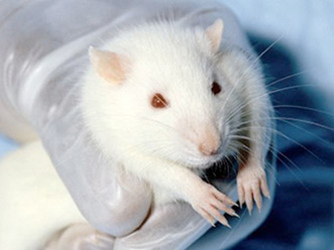 Getting back into the swing of things with Nobel Prize News

It’s been some time since we’ve written but we’ll now be getting back to regular updates. Last week’s big Nobel Prize announcement for medicine/physiology seemed the perfect opportunity to kick things off again. The award went to three scientists who discovered how cells in the body transport material – research with major potential implications for progress in areas like diabetes and brain disorders

So why is the Nobel Prize inspiring a blog, here? As with most Nobel Prize research, animal studies were integral to the researchers’ success.  In this case, yeast, cows and genetically modified mice were involved in the research process. Looking back, nearly all Nobel Prizes in Physiology or Medicine have required some form of animal research. According to Americans for Medical Progress, in the past 34 years, all awards but one have been dependent on animal research.

The impact of this year’s prize-winning discovery could be big news for patients suffering from diabetes or brain disorders. The three researchers discovered that vesicles – membranous structures that store and transport cellular products – transport these materials to a precise target, similar to a fleet of ships. This is crucial to many processes – from the release of hormones in the body to brain communication. Defective vesicle transport systems are associated with diabetes and brain disorders – and knowing more about them could help us improve treatment options in these areas.

So congratulations to James Rothman, Randy Schekman and Thomas Sudhof for their Nobel Prize win, and for bringing research a step further.

What are your thoughts on the big Nobel Prize news? Let us know in the comments section below

Why we breed transgenic animals for research

In our research labs we use genetically altered animals, usually mice, to test scientific theories which we hope will one day lead to new medicines and treatments. In terms of my own work, we create mice with trisomy, which means they have an extra copy of a certain chromosome. In humans, trisomy 21, otherwise known as Down syndrome, is probably the most well-known of these conditions.

The goal is to find ways of alleviating the symptoms of these conditions. We look at how trisomy changes neurological mechanisms and how it influences embryonic development, stem cells, and the programming and function of cells. We identify and target these mechanisms and hope to treat them through therapeutic drugs. These mechanisms are often similar to those affecting humans with comparable conditions.

Jean-Claude Nouët: What does alternative mean?

A couple of months ago we had the privilege to go to Paris and interview Professor Jean-Claude Nouët, Honorary President and cofounder of the Ligue Francaise des Droits de l'Animal, éthique et science (LFDA).

During our two hours discussion, Professor Nouët touched on different aspects of the use of animals in scientific research, including alternatives and the 3Rs. We will be publishing parts of the interview over the coming weeks, however looking at your comments and questions over the past months, we thought the following topic was a good one to start with.

The unseen compassion of animal scientists

The people who work with laboratory animals are a compassionate bunch who would gladly use alternative methods if they could deliver the same results.

Like many people who do what I do, I’d quite like to become redundant. That is, I’d be content if my current job were made obsolete by advances in science.

Do we need more to treat non-contagious diseases?

Heart disease, stroke, many cancers, asthma, diabetes, chronic kidney disease, osteoporosis, Alzheimer's disease, cataracts, and many more are what the  World Health Organisation calls non-communicable diseases (NCDs) or non-contagious diseases.  NCDs may be chronic diseases of long duration and slow progression, or they may result in more rapid death such as some types of sudden stroke.

The National Centre for the Replacement, Refinement and Reduction of Animals in Research (NC3Rs) has awarded two grants totalling almost £900,000, to Brunel University’s Professor Robert Newbold and Swansea University’s Professor Gareth Jenkins, funds that are to be implemented in fundamental research to develop new testing methods, based on human-cell structures, for cancer-causing chemicals, a move that aims to reduce the number of animals used in tests in the years ahead.

The 3Rs: what is progress?

The latest trends in biopharmaceuticals will make it possible to develop fragments of antibodies – some of which can be used as new therapies – without using as many mice or rats as would have been required in the past.

The early stages of research can be done using large volumes of cell samples and with the help of computer modelling, so we essentially skip the animal-intensive phase of early research where large numbers of potential therapies would previously have been tested on rodents.

A family perspective on the animal research debate

It was in 1994 when we learned from an ophthalmologist that our sons had a problem. Aged 18 and 20, and both deaf from birth, our boys were now losing their eye sight.

That’s how Usher Syndrome, a rare untreatable genetic disease leading to deaf blindness, first became a part of our lives. You can imagine the emotional rollercoaster, taking us from feeling a sense of shock and injustice to the struggle of dealing with an ‘unacceptable’ situation.

Can nanotechnology reduce the need for animal research

The idea of using new nanotechnology breakthroughs to reduce the use of animals in laboratories has caught the imagination of European researchers.

Nanotechnology is a broad field focused on the study of things of a very small scale, and scientists hope these tiniest of techniques might add to the arsenal of non-animal research methods.