EU animal research: shall it stay or shall it go?

Momentum is gathering behind campaigns to end animal research in Europe. A combination of new EU legislation, pressure on companies that breed and transport lab animals, and even a European Citizens’ Initiative calling for a ban on animal testing, suggests growing hostility toward animal research.

This raises several hard questions. What would happen if animal research was no longer conducted in Europe? Might it be an incentive to accelerate progress on alternative research models?

Would medical research using animals continue elsewhere – and if so, would the standards of care be better or worse than those we have in Europe today? Would it be ethical to use medicines developed where standards are lower? What effect, if any, would this have on the European economy?

We want to hear from you. In the weeks ahead we’ll be posing some of these questions and asking what future animal research has in the EU. You can share your views in the comments section or by connecting on Twitter @ATPerspectives

Whoosh! There goes another deadline

“I love deadlines. I love the whooshing noise they make as they go by.”

It had all been going so well. The path EU legislation must navigate is notoriously complex. Consultations, proposals, amendments – input from MEPs and compromises between national governments – the road is long and winding.

But for the EU’s directive on how animals are used in medical research, this lengthy process appeared to have produced a compromise which governments agreed would raise standards of animal welfare, reduce red tape by harmonising rules across Europe, and promote the 3Rs. 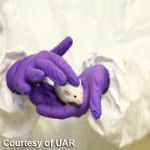 Research on dogs: a Catch-22 for animal welfare advocates

During the summer an Italian court ordered the temporary closure of one of Europe’s biggest dog breeding companies.

After an intense campaign by policymakers and animal rights groups, the Green Hill animal breeding firm closed its doors, having handed more than 2,500 dogs over to animal rights campaigners in line with the court ruling.

Activists – and plenty of ordinary tweeters who just love dogs – celebrated. If you almost never give much thought to animal research, a headline about dogs in Italy being saved rather than sacrificed looks like good news.

But could the Green Hill story prove to be a pyrrhic victory for animal rights campaigners?

Does Europe want to be a research hub?

Listen to just about any European politician these days and you are guaranteed to hear some or all of the following keywords: ‘jobs’, ‘growth’, ‘innovation’, and ‘research’.

Read the Europe 2020 strategy and the Innovation Union policy and the message from EU policymakers is clear. Europe says it needs to be in the Premier League of scientific R&D, not just because research delivers solutions that help improve our lives, but because we want to develop and produce things that have value; things people in the US, Japan, China and elsewhere will buy from us.

But what is the reality behind the rhetoric? And is Europe sending mixed signals about its support for research?