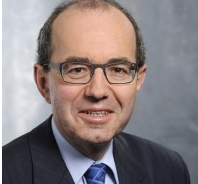 The Swiss are somewhat sceptical about animal testing for research purposes. This unsurprising stance was most recently shown in a representative survey of 1000 Swiss voters conducted by gfs.bern on behalf of Interpharma. However, when asked whether animal testing should be banned even where universities and pharmaceutical firms have no other means of advancing research, only 34 per cent of respondents said it should be banned whereas 58 per cent would accept animal testing in such circumstances. There was greater consensus –  70 per cent – regarding approving animal testing for general medical research and research into drugs for the treatment of diseases. There has been barely any change to this critical but approving stance since the last survey in 2009. This is unsurprising considering much medical progress has its roots in animal testing – like the knowledge of the three neuroscientists awarded the Nobel prize in Medicine last week.

It has a lot to do with the conviction of a significant majority of those surveyed – 55 per cent – that Switzerland has a strict animal welfare law. Only 22 per cent of respondents consider animal welfare in Switzerland to be too lax. The remainder do not know or are undecided. They are very capable of deciding however, when it comes to where animal testing should take place. 91 per cent of those surveyed consider it preferable to allow animal testing under strict conditions in Switzerland than for it to be outsourced abroad to where regulations are less strict.

This critical but favourable opinion of animal testing is also the result of efforts by animal welfare organisations, lawmakers and researchers in Switzerland. Instead of the sometimes radical but unsuccessful opposition to animal testing in the 80s and 90s, there is now dialogue. Undeniable progress has been made. The laboratory animal welfare charter, which Interpharma firms adopted in 2010, is not just attracting interest in Switzerland. The industry is recognising that the legitimate interests of animal welfare campaigners should not simply be pushed aside. However, animal welfare organisations and the research-driven pharmaceutical industry continue to evaluate the necessity of animal testing differently. They agree that animal testing should only be carried out when there is no alternative and authorisation has given following careful weighing of the suffering and distress caused to the animal against the expected gain in knowledge.

As such, both sides – the industry and animal welfare organisations – strongly support a national research programme that should increasingly develop alternatives to animal testing following the principles of the 3Rs. These aim to reduce animal testing, replace it as much as possible with alternatives such as computer simulations, testing cells and tissues and refine methods to minimise the stress caused to the animals. This is widely supported in Switzerland: 83 per cent of respondents were in favour of a research programme exploring alternative methods to animal testing. This wish must be taken seriously, particularly given the importance attributed to animal welfare in Switzerland.

Thomas B. Cueni is Secretary General of Interpharma, the association of the Swiss pharmaceutical research companies. He is a member of the Board and Council of the European Federation of the Pharmaceutical Industries’ Associations (EFPIA) and of the International Federation of Pharmaceutical Manufacturers Associations (IFPMA). Prior to his appointment with Interpharma, Mr. Cueni had a career as an economic and political journalist for two leading Swiss newspapers and spent four years as a London correspondent. After that he joined the Swiss Foreign Service as a career diplomat with postings in Vienna (UNIDO, UN, IAEA) and in Paris where he was a member of the Swiss Delegation to the OECD. Mr. Cueni has a degree in economics (University of Basle) and a Master of Science from the London School of Economics.